Dear Members of the U.A.E.,

I attach the letter from the President of the Union of Turkish Bar Associations with the enclosed statement issued within the scope of the Bar Association Presidents’ meeting held on November 5, 2016. (The letter can be accessed here )

After reading this communication, last week I sent on behalf of the U.A.E. a letter to the President of the Union of Turkish Bar Associations giving all our support and solidarity for these hard moments that all democratic people, especially our colleagues lawyers, are suffering in Turkey, which is also attached. (The letter can be accessed here)

The state of emergency cannot be used as an aim against Freedoms and Human Rights, against the Turkish Constitution and against the progresses Turkey made before in its accession process to the European Union, which has meanwhile been declared frozen by the European Parliament.

One of the U.A.E. goals is â€œPromoting the practice of EU law and of the law derived from the European Convention for the Protection on Human Rights and Fundamental Freedomsâ€. For that reason, after becoming aware of the situation that lawyers and people in general are living now, with the possibility of the reinstatement of death penalty and its serious consequences for Turkey’s membership of the Council of Europe and European Convention of Human Rights (which the UAE has already denounced, together with the CCBE and other bodies representing the legal profession), our Association must give them all our help within our possibilities.

To this effect we have published in our website both the Statement and our letter formally expressing our support and solidarity, and I cordially invite all of you to do all that you can in order that your respective Bar Associations and relevant Institutions to denounce the same facts publicly.

You know the historical friendship relation between our Associations and we have to send this message of support, solidarity and pro-activity in order to find the way for the restitution of Human Rights and the normality in Turkey.

Thanking you in advance for your support, I take this opportunity to wish you and your families a Merry Christmas and a wonderful New Year for all and for our Association.

With my very best regards, 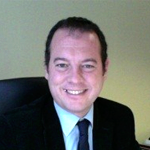