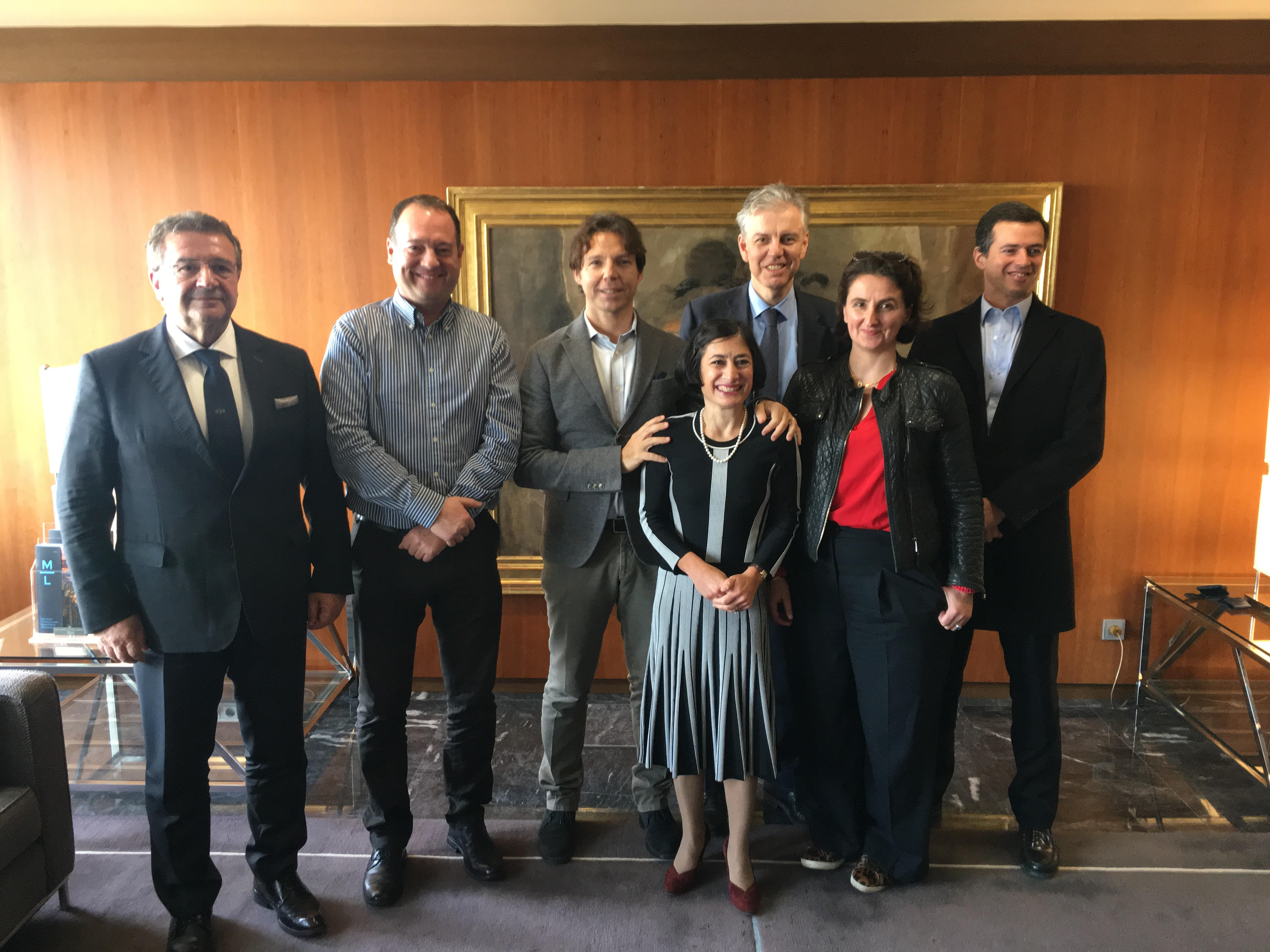 The European Lawyers’ Union (U.A.E.) – an Association founded in Luxembourg in 1986, which promotes the knowledge and practice of, inter alia, European Union law and the law of the European Convention of Human Rights – on Saturday, 1 December 2018, at the meeting of the Executive Committee held in Lisbon, elected its Board for the biennium 2018-2020.
The new Board is comprised of the following members:
President, Gabriele DONÀ (Italy, Padova Bar); Vice Presidents, Mihai BACO (Romania, Alba Iulia Bar) and Pedro de GOUVEIA e MELO (Portugal, Lisbon Bar); Secretary General, Elisabeth de BOISSIEU (France, Paris Bar); Treasurer, Jean PATRIMONIO (France, Paris Bar); Deputy Secretary General, Nicole HIRST (Great Britain, Solicitor in London).
According to the By-Laws, the former President of the U.A.E. Agustín CRUZ NUÑEZ became Honorary President of the Association, and will remain member of the Board during one year.
At the same time, a third of the members of the Executive Committee was renewed, with the entry of representatives from Italy, Spain and Romania.
In addition, the bases were also set out for the next major institutional event of U.A.E., which will be held in Naples on June 28, 2019, and will deal with alternative methods of dispute resolution (ADR) in Europe.
Also in Lisbon, in the afternoon of 30 November 2018, the Portuguese Delegation of U.A.E. organized an international Conference on “The Legal Implications of Brexit”, which was a great success.